“I was made for another planet altogether. I mistook the way.” ― Simone de Beauvoir

She studied philosophy at the Sorbonne, writing as one of the ninth woman who received a degree from Sorbonne at the time, because French women had recently been allowed to join higher education.

Beauvoir wrote novels, essays, biographies, an autobiography and monographs on philosophy, social and politics issues. She is best known for her novels, including “She Came to Stay” and “The Mandarins”, and her treatise” The Second Sex”, analysis of women’s oppression and a foundational tract of contemporary feminism. She had a significant influence on feminist existentialism and feminist theory. 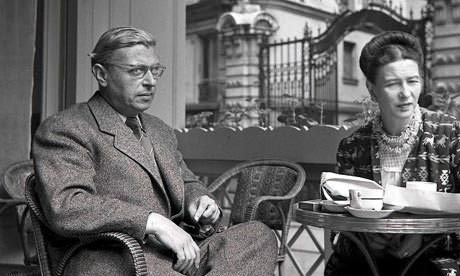 Simone de Beauvoir and Jean-Paul Sartre have a lifelong and unusual relationship. Beauvoir chose never to marry, never to have household with Sartre, and she never had children. She, on her style, once said, “Marriage was impossible. I had no dowry.” Her life was spent on learning, earning academic degree, teaching, writing, traveling and joining political causes.

Their relationship including other people, female and male, some of them shared between. The nature of these relationships, which she began while working as a professor, later led to a biographical controversy.

Sartre and Beauvoir had a very strong intellectual relationship, they always read each other’s work and debates about the extent to which they influenced each other in their works.

At the end of World War II, Beauvoir and Sartre edited Les Temps Modernes, a political journal, where she promoted her work and explored her ideas. 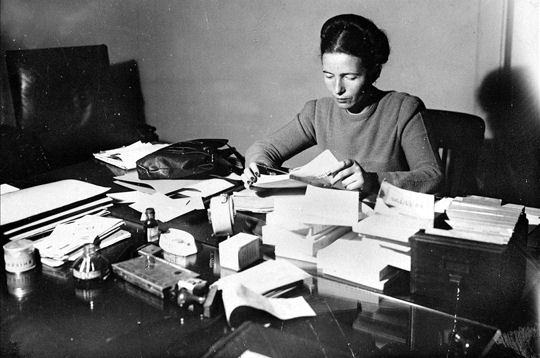 Beauvoir’s first book is metaphysical novel She Came to Stay, and was followed by many others, including The Blood of Others, which explores the nature of individual responsibility.

Her first philosophical essay was Pyrrhus et Cinéas, (1945), a discussion of an existentialist ethics, and she continued her exploration of existentialism through her second essay, The Ethics of Ambiguity, (1947) where Beauvoir confronts the existentialist dilemma of absolute freedom vs. the constraints of circumstance.

The Second Sex and existentialist feminism 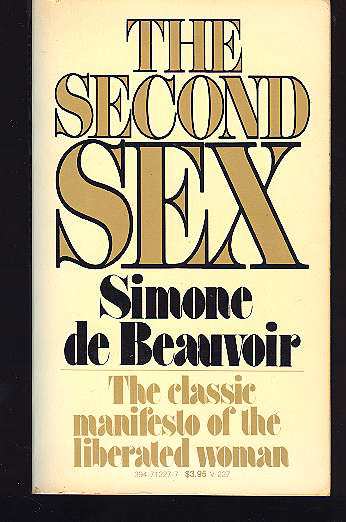 “The Second Sex” (1949), published in French, sets out a feminist existentialism. Beauvoir believed that existence precedes essence; one is not born a woman, but becomes one. Her analysis focuses on the Hegelian concept of the Other. The capitalized ‘O’ in “other” indicates the wholly other, and Beauvoir identifies it as fundamental to women’s oppression. She asserted that women are capable of choice as men, and thus can choose to elevate themselves, to take a position in which one takes responsibility for oneself and the world, where one chooses one’s freedom. She said “I wish that every human life might be pure transparent freedom.”

Beauvoir argued that men had made women the “Other” in society by application of a false aura of “mystery”, and that used this as an excuse not to understand women or their problems and not to help them, and that this stereotyping was always done in societies by the group higher in the hierarchy to the group lower in the hierarchy. She also wrote about oppression by hierarchy in other categories of identity, such as race, class and religion, but she thought that it was nowhere more true than with gender in which men stereotyped women and used it as an excuse to organize patriarchy society.

Beauvoir argued that women have historically been considered deviant, abnormal, and that perception limited women’s success. She believed in women’s economic independence and equal education, but she no longer believed that socialist revolution will be able to bring women’s liberation. In the 1970s Beauvoir became active in France’s women’s liberation movement, which concept   related directly to the ideas presented in” The Second Sex” and declared herself as a feminist. She signed the Manifesto of the 343 in 1971, a list of famous women who claimed to have had an abortion, then illegal in France. In 1974, abortion was legalized in France.

“One’s life has value so long as one attributes value to the life of others.” 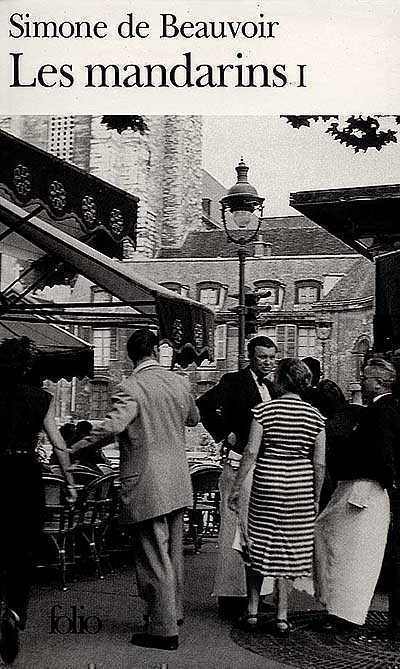 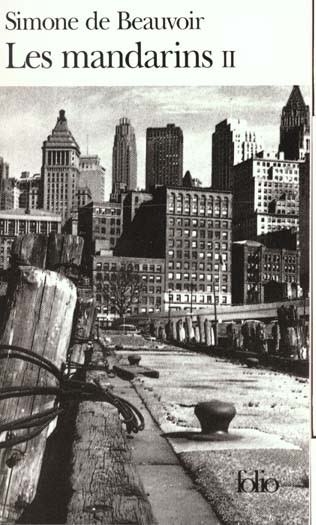 The Mandarins (1954), is set just after the end of World War II and won her France’s highest literary prize, the Prix Goncourt. The book follows the personal lives of philosophers and friends among Sartre and Beauvoir’s intimate circle, including her relationship with American writer Nelson Algren, to whom the book was dedicated… 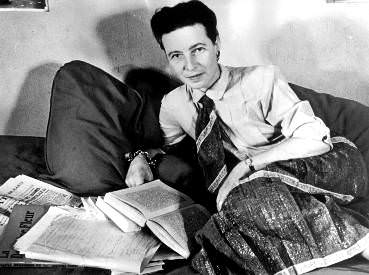 “‎A day in which I don’t write leaves a taste of ashes.”

Beauvoir and published essays and fiction rigorously, and diaries from her travels in the United States and China. She published several volumes of short stories, including The Woman Destroyed, which deals with aging.

Her later work include, When Things of the Spirit Come First, (1980) set of short stories based upon women important to her earlier years. She also wrote a four-volume autobiography, consisting of: Memoirs of a Dutiful Daughter; The Prime of Life; Force of Circumstance and All Said and Done. A Farewell to Sartre (1981) is a painful account of Sartre’s last years, (the only work which he did not read before its publication).

“She was not to look beyond herself for the meaning of her life.”

Beauvoir died of pneumonia in Paris, and, she is buried next to Sartre at the Cimetière du Montparnasse in Paris. After Sartre died, Beauvoir published his letters to her with edits to spare the feelings of people in their circle who were still living. After her death, Beauvoir’s adopted Sylvie Le Bon, daughter and literary heir, published hers unedited letters to Sartre and Algren.