Barbara Kruger is an American conceptual artist, often grouped with feminist postmodern artists. She uses the techniques of mass communication and advertising to explore gender and identity. Kruger is considered to be part of the Pictures Generation. 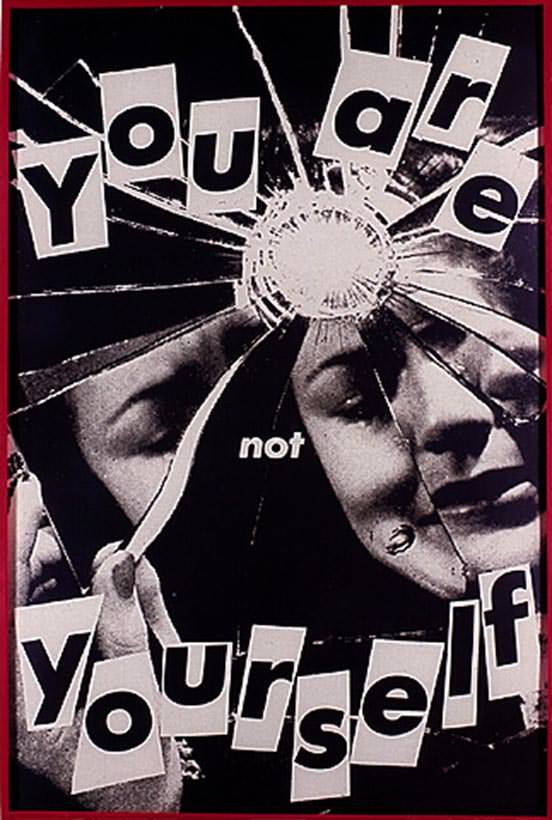 „Women’s art, political art – those categorizations perpetuate a certain kind of marginality which I’m resistant to. But I absolutely define myself as a feminist. “ 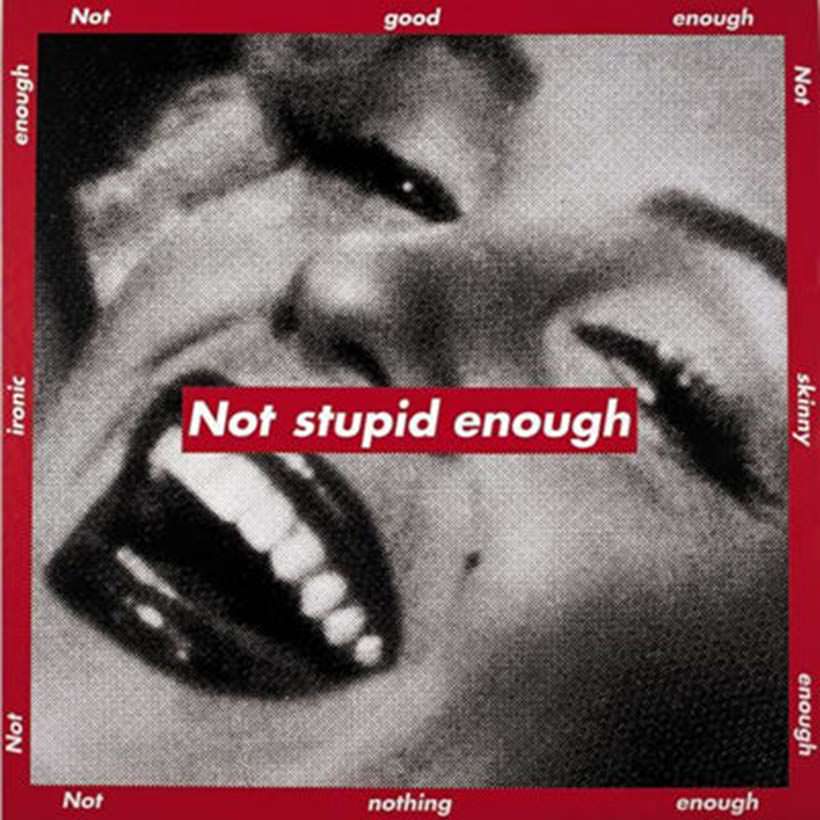 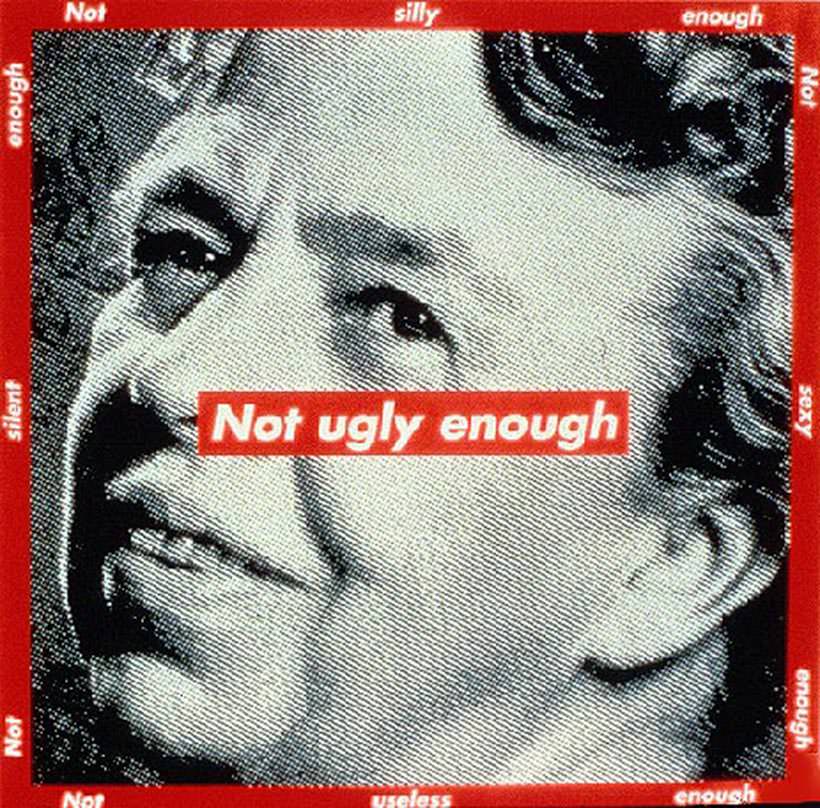 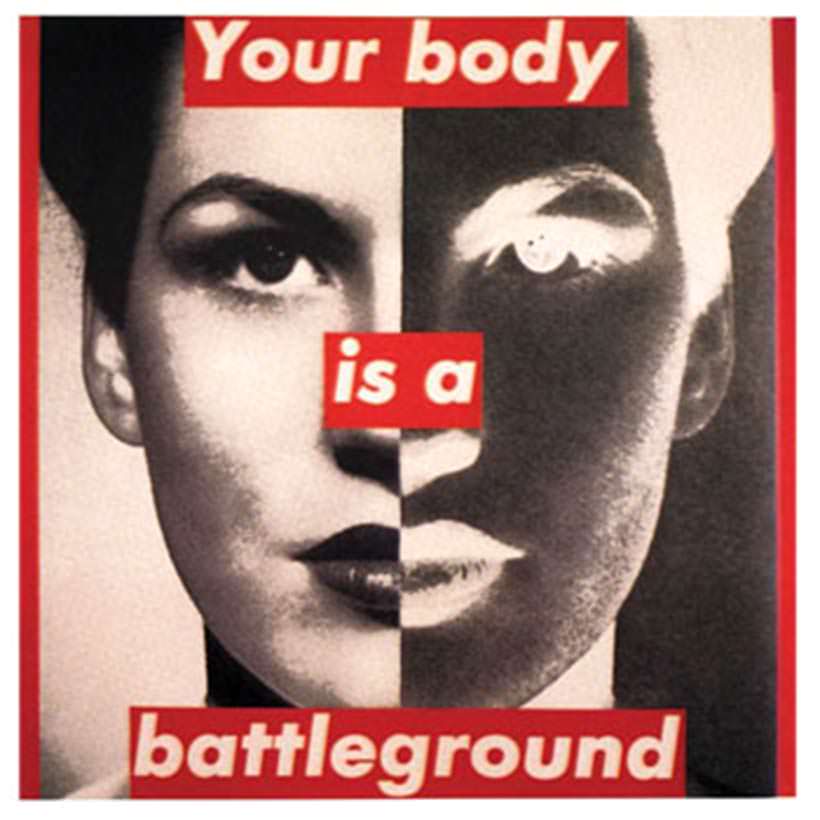 She is best known for her graphic work, from the early 1980s, when she is using cropped, black-and-white photographic images juxtaposed with raucous, pithy, and often ironic aphorisms, printed in Futura Bold typeface against black, white, or deep red text bars. She layers found photographs from existing sources as magazines and using her bold phrases to frame them in a new context. She said „I’m trying to deal with ideas about histories, fame, hearsay, and how public identities are constructed. “ 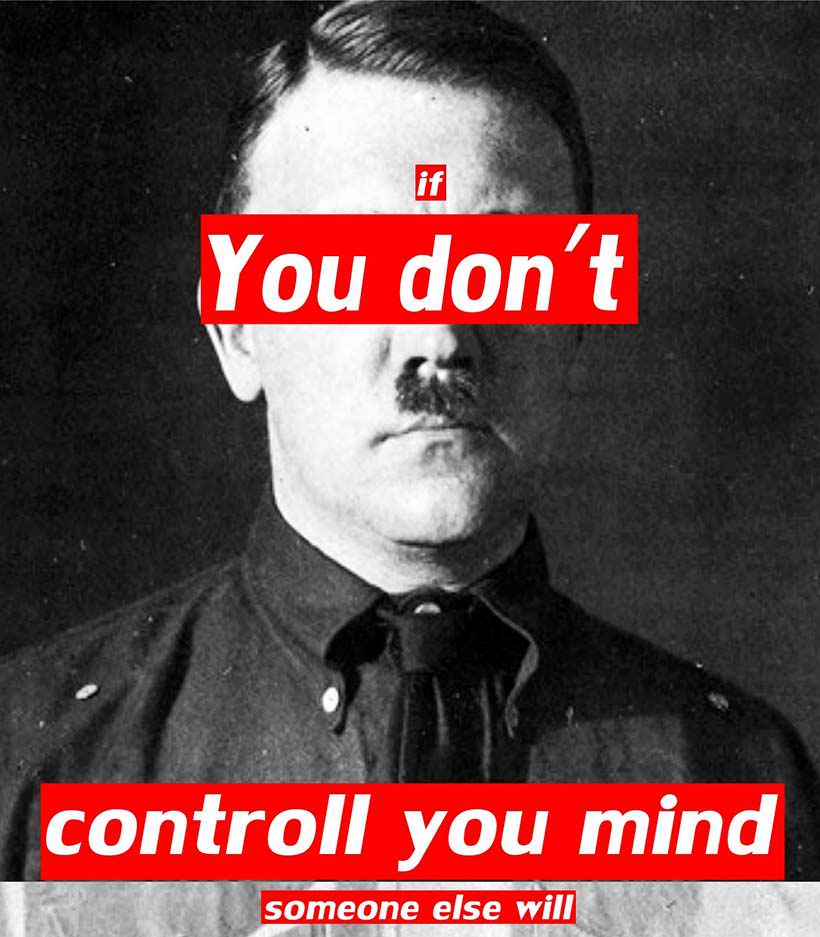 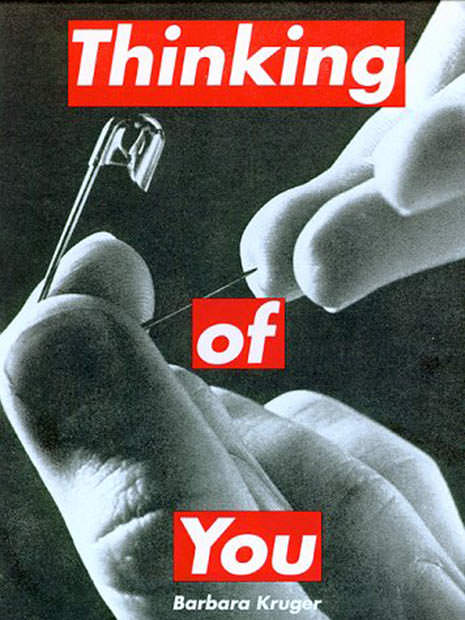 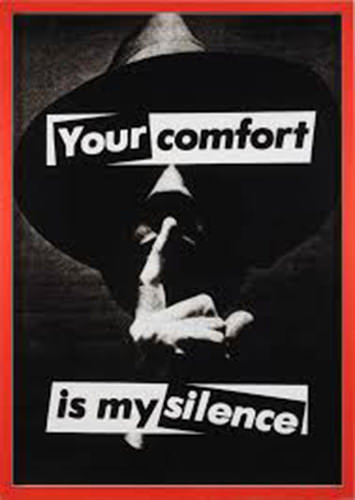 The phrases in her works often include pronouns such as “you”, “your”, “I”, “we”, and “they”, addressing cultural constructions of power, identity, and sexuality. Much of her text containing criticism of sexism/misogyny and cultural power structures, and questions about , consumerism, feminism, and individual autonomy and desire. 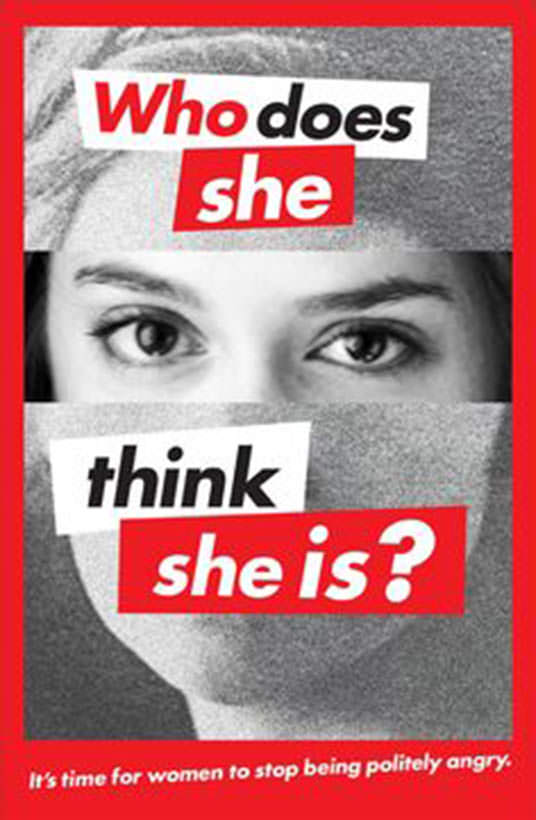 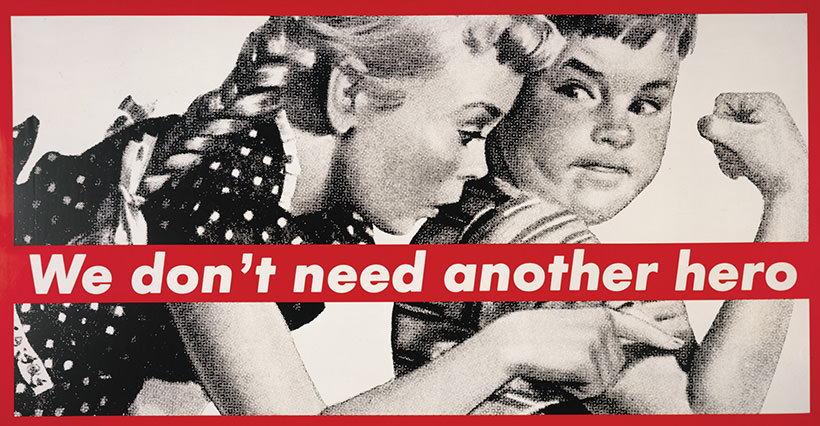 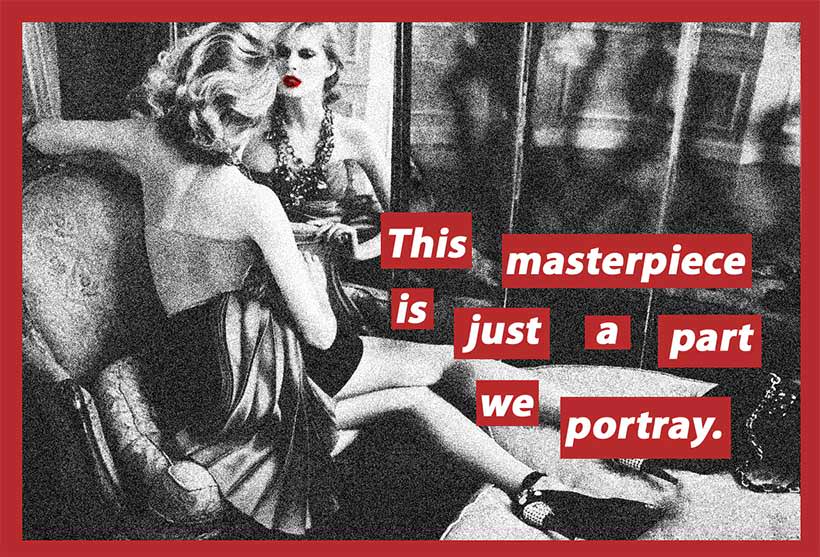 Kruger has said that “I work with pictures and words because they have the ability to determine who we are and who we aren’t”. 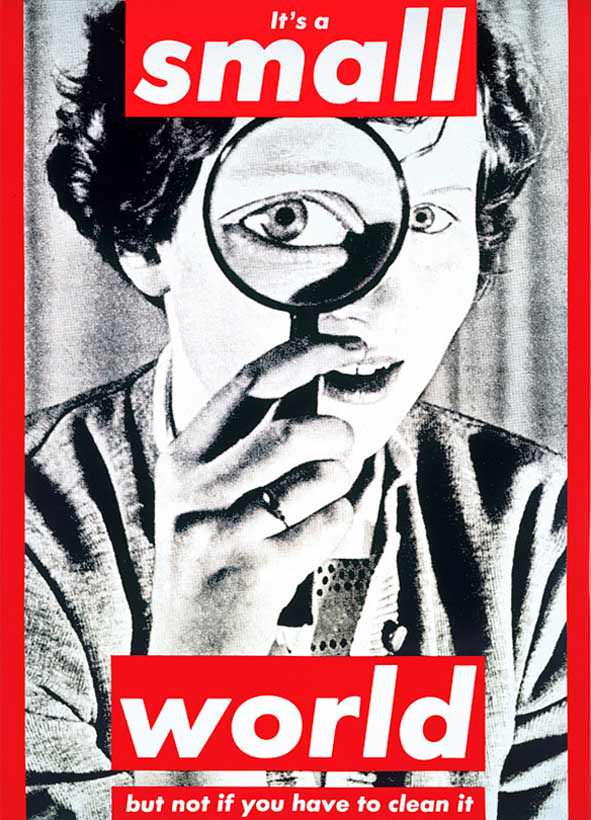 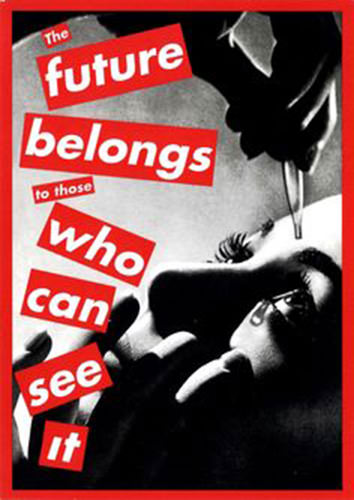 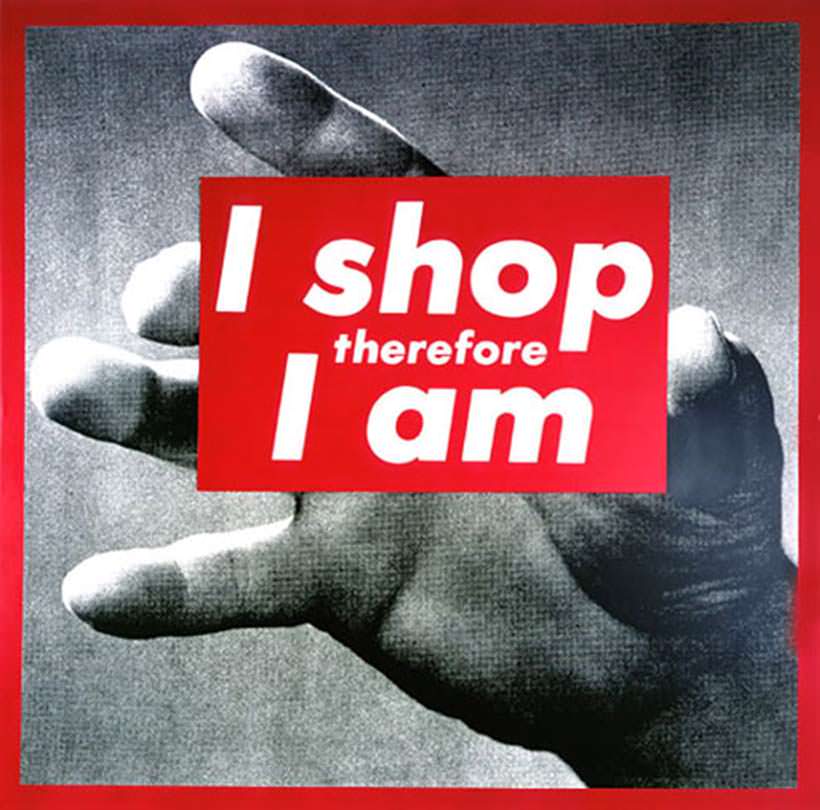 Kruger’s work has appeared on billboards, bus cards, posters and in public parks, train station platforms, and other public spaces. In her later work she has also created site-specific installations comprised of video, film, audio, and projection. 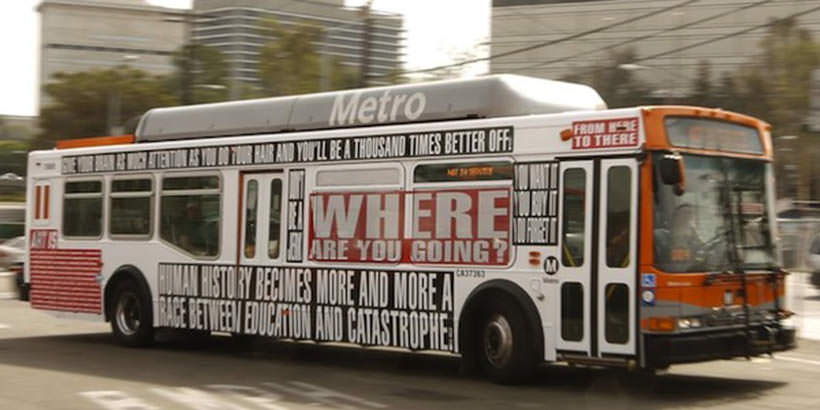 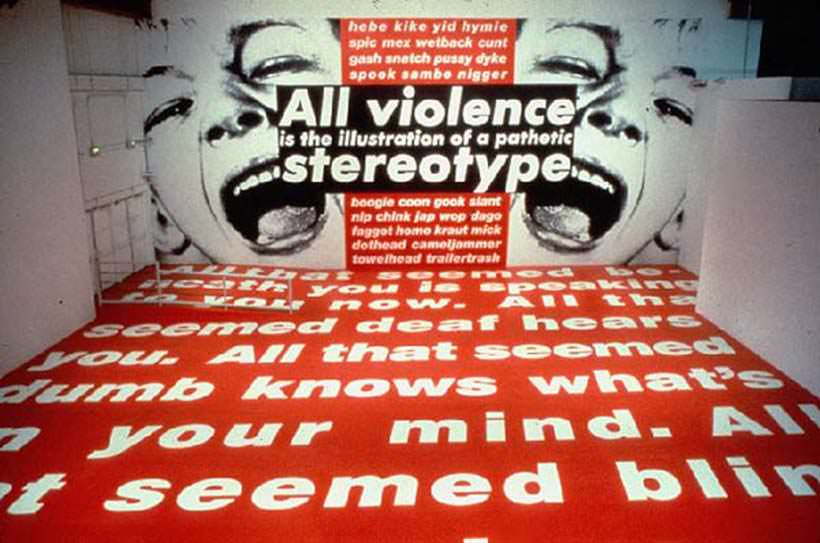 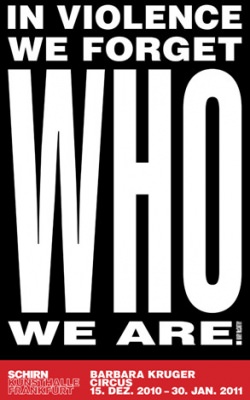